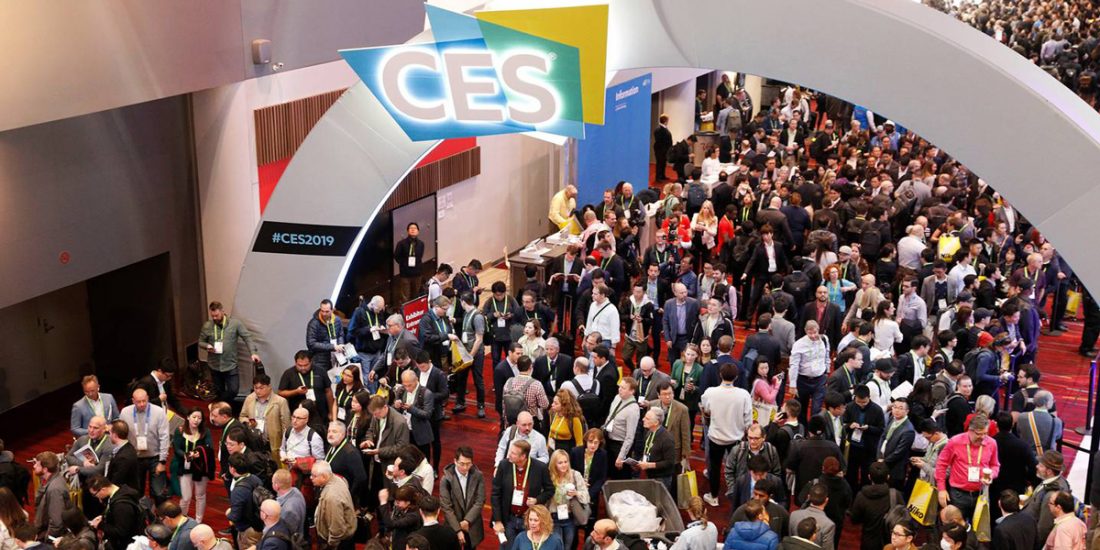 Six trends at CES 2019 that will change the world

Whether you love it or hate it, the Consumer Electronics Show remains the most important annual fixture in the tech calendar. This year, 180,000 people and 4,500 companies have converged on Las Vegas to show off their sexiest new innovations across 3,000,000 square foot of exhibition space. It’s famously overwhelming – but the sheer volume of products on display here make it a fairly reliable bellwether of where technology is heading. Steve Koenig, VP of Market Research at the Consumer Technology Association, took us through the six trends that most stand out…

The shift from 4G to 5G might sound like just another iterative improvement, but that’s not the case. As GQ put it recently: “Every generation of mobile network so far, including 4G, has been about connecting people. And although 5G will likewise be designed to connect people, it will also be about connecting things.”

The promise of 5G is greater speed, greater capacity and lower latency, meaning it can function as the central nervous system of this new autonomous age. At CES 2019, the semiconductor company Qualcomm is showing off its “beamforming” tech for increasing 5G coverage; there are displays of “fixed wireless broadband” systems for taking this infrastructure into remote areas that fibre can’t reach; and most importantly we’re seeing consumer devices emerge such as 5G smartphones.

The omnipresent trend at CES 2019 is artificial intelligence. The show is full of AI-focussed processors and chips, alongside companies that are using this kit to embed AI in their products in order to enhance the user experience. For instance, TV sets are using AI to change picture settings depending on light conditions or where viewers are in the room; cameras are using AI to monitor picture quality. One possible impact of this is that, in years to come, the notion of ‘adjusting settings’ could seem rather old fashioned.

Digital assistants are also going into many more vessels. The audio titan Harman is bringing them into cars (courtesy of its IRA system); they are also heading into soundbars, laptops, TV sets… Many of those shown at CES now have Amazon Alexa or Google Assistant. And the proliferation of these AI helpers has, in turn, started to transform voice into a normal way of engaging with your devices.

“It wouldn’t be CES if we didn’t write a new chapter in display innovation,” says Koenig, noting the arrival of 4K, 3D and HDR televisions at previous CES outings.

CES 2019 is all about 8K, and brands such as Samsung are at the forefront of the trend. Given that 4K has only just rolled out, and that the human eye has a hard job detecting any difference in resolutions higher than 4K, isn’t this a bit gratuitous? Koenig’s argument is that we need it because screens are getting bigger. The average screen size in 2009 was 36 inches; in 2019 it’s 48 inches. If you’re buying a 70 inch set – not out of the question these days – then you want a good picture, and 8K will help with that.

Sure, augmented reality has been around for a while. What’s new is that it is shifting from a B2B product to a B2C product, and companies are stepping in to make the consumer’s AR experience better. Lenovo and Vuzix are showing their new headsets, for instance, while other companies are exhibiting “smart mirrors” for shops. No longer will you have to try on the same item of clothing in different colours – the mirror can simply switch the colour for you.

Previously, CES has showcased plenty of “Level two” self-driving vehicles (to use the Society of Automotive Engineers’ jargon). This means partial autonomy: adaptive lane keeping, say, or parking assist. “Level three”, which is what CES 2019 is all about, is when the vehicle is in complete control for at least part of the time. Self-driving car fleets are taking to the streets this year courtesy of GM, Ford and Daimler.

A broad but novel category to emerge at CES 2019 is what Koenig calls “resilient technologies”. Smart cities without resilience are vulnerable – not just to cyber attacks, but also to tsunamis or earthquakes. So how do you keep the population fed, watered, powered and warm if there’s a disaster? There are plenty of products on the show floor that loosely address that theme, but Koenig particularly likes Watergen, a CES 2019 Best of Innovation Award winner, that creates water from air.

Enter your email address below and be the first to know about our offers & deals!